ADHD Brains May Have 'Faulty Brakes' 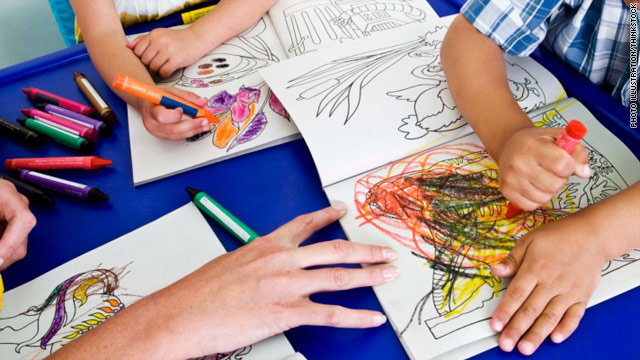 Much news about attention-deficit hyperactivity disorder has focused on learning and attention, but here's another important part of this condition: Impairment in motor function.

“If we can understand the systems that are involved, because there’s probably not just one, then we can identify groups of kids that have these symptoms, quantitatively and reliably, and use that information to understand who’s at the highest risk of a bad adult outcome,” said Dr. Donald Gilbert, study co-author and director of the Movement Disorder Clinic and Tourette's Syndrome Clinic at Cincinnati Children's Hospital Medical Center.

The first study showed that kids with ADHD - mainly boys, however - tend to have mirror movements, meaning that when one side of the body moves, the other does too, such that if a finger from one hand is tapping, a finger on the other hand might also move to some extent. The kids with ADHD tended to have more clumsy finger movements of this nature in the study. Such mirror movements are common in very young children, but typically disappear when the child reaches school age; participants in this study were between ages 8 and 13.

And a second study found that children with ADHD have a less efficient "braking system," or the brain circuitry involved in stopping oneself from acting impulsively (the editorial accompanying the studies is called "Faulty Brakes?"). This one used transcranial magnetic stimulation, a technique that applies a magnetic field to cause changes in electrical activity in the brain. This allowed the researchers to measure inhibition in the brain. They found that kids with ADHD were more likely to have inhibitory problems, explaining neurologically why these children tend to experiencing in school.

"Something catches their attention and they get distracted because they can’t inhibit that stimulus and ignore it," said Dr. Max Wiznitzer, pediatric neurologist at Rainbow Babies & Children's Hospital in Cleveland, Ohio, who was not involved in the study.

Both of these studies are relatively small - the first involved a total of 50 right-handed participants and the second had 98. But the findings are interesting, especially with regard to the transcranial magnetic stimulation experiment, and could be useful for developing new treatments, Wiznitzer said. This kind of research may also lead to subtyping of ADHD based on different underlying brain function in different groups.

But he cautioned that coordination issues aren't necessarily indicative of ADHD, but may also be indicative of other kinds of learning disabilities, Wiznitzer said.

"If you notice that your young child has clumsy motor movements or shaky hands, you should be aware that there may be some problems with learning, attention or impulse control later, and be more vigilant for those problems," Gilbert said.