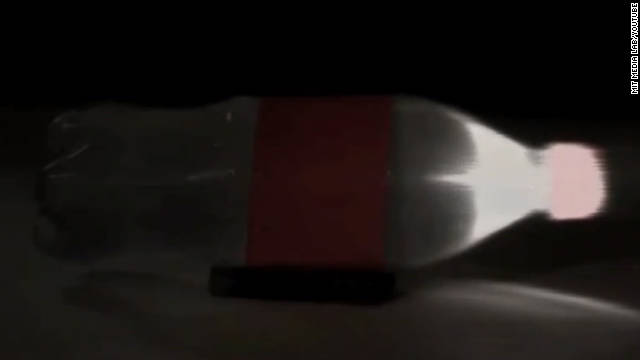 A trillion exposures per second sounds amazingly fast. But that capacity is what you need in a camera if you're going to capture images of the speed of light.

A team of MIT researchers say they've created a revolutionary camera system that can, literally, render the speed of light in slow motion.

"There's nothing in the universe that looks fast to this camera," said Andreas Velten, a post-doctoral researcher who called the system the "ultimate" version of slow motion.

The imaging system relies on creative use of a streak camera - a tool used for measuring light's intensity. The team set up a series of 500 sensors, each programmed to go off one-trillionth of a second after the last.

The result, shown in a video on MIT's site, makes a laser-generated bolt of light appear as if it were moving slowly through a clear soda bottle.

Watch a video of the MIT imaging system in action.

For perspective on how difficult that is, consider that photons, or light particles, travel about 1 million times faster than a bullet, according to Ramesh Raskar, an associate professor on the team. 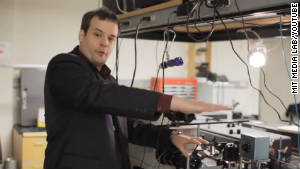 It takes only a nanosecond — a billionth of a second — for light to flash through the bottle. But MIT said it takes researchers about an hour to collect all the data necessary to assemble a video showing the movement of that light.

For that reason, Raskar calls the new system “the world’s slowest fastest camera.”

Such technology could be used in the medical, science and industrial fields, according to the researchers. It also could aid engineers in the development of better camera flashes.

"Because we can see those photons, we could use them to look inside objects," Velten said.

But don't hold your breath hoping to see one of these on the shelves at Best Buy or Fry's any time soon. The camera setup and laser are worth about $250,000, according to MIT.