What Makes a Song Popular? The Brain May Know 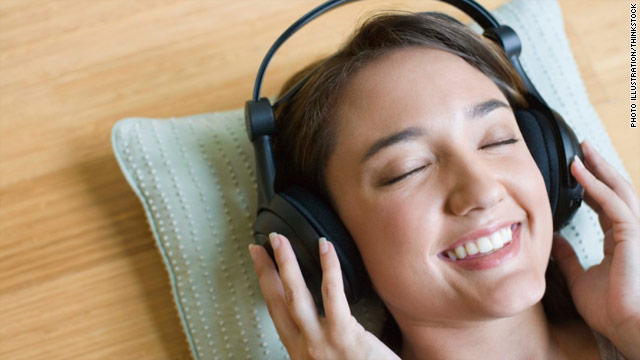 Do you know a future hit when you hear one?

New research from Emory University suggests that particular patterns of brain activity may be able to predict the popularity of music. More importantly, says lead researcher Gregory Berns, brain research might help forecast how culturally influential ideas can become. The study will be published in the Journal of Consumer Psychology.

Berns and colleagues discovered the phenomenon accidentally. They had set out to look at the effects of popular opinion on adolescent preferences, using 120 songs by unsigned artists on MySpace that the participants probably hadn't heard of before. They conducted the experiment in 2006 with 27 participants aged 12 to 17, and used functional magnetic resonance imaging (fMRI) to record brain responses to each of the songs.

Most of these songs didn't ever sell well. But in a few cases, they realized in the intervening years, several of the songs had gone on to become more widely popular, such as “Apologize” by One Republic.

Comparing brain response data with sales of those songs from 2007 to 2010, they found a correlation between particular brain responses and songs that would go on to sell more than 20,000 units. About 1/3 of the songs that sold more than this drew strong activity from two brain regions associated with reward. Weak responses were even better at predicting flops; lower activity was associated with about 90% of songs selling less than 20,000 units.

Strong activity in two brain regions could predict hits about 1/3 of the time. Weak activity was even better at predicting non-hits.

There are caveats, of course. The sample size of 27 is relatively small, and may not be representative of the general population, although teenagers do tend to buy a lot of music, Berns said.

The two brain regions researchers identified as important in this study, called the orbitofrontal cortex and ventral striatum, have been shown previously to be activated in situations where a person is anticipating something that he or she likes. That could be money, music, wine, and other items that people purchase.

"There's the sense that this circuit is somehow representing common utility or value to the person," Berns said.

Interestingly, the brain responses in those regions were better predictors of song success than whether the participants said they liked or disliked any given song. Berns speculates that's because when someone asks you what you think of a song, you might tailor your answer to what you believe the questioner wants to hear. The brain response may be the raw feeling you have about it.

While previous research looked at individual preferences, this study suggests that brain scans can predict widespread preferences of others. And actually, there are plenty of "neuromarketing" companies out there trying to exploit that idea, although these researchers are not affiliated with them.

Berns and colleagues are also studying how religious and political ideology are represented in the brain.

"There’s no reason why we couldn’t apply the same type of techniques to understand how people process concepts and ideas, and try to forecast whether those will will have staying power," he said.