SAN FRANCISCO — The cellphone industry has a suggestion for improving the math skills of American students: spend more time on cellphones in the classroom. 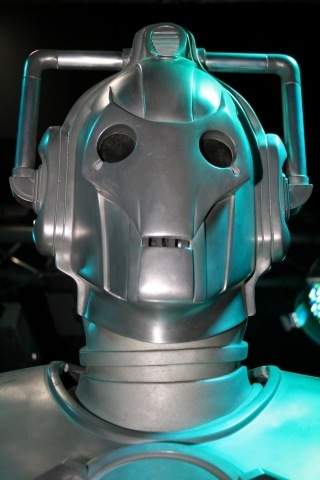 Students at Southwest High School in Jacksonville, N.C., were given cellphones with programs to help with algebra studies.

At a conference this week in Washington called Mobile Learning 09, CTIA, a wireless industry trade group, plans to start making its case for the educational value of cellphones. It will present research — paid for by Qualcomm, a maker of chips for cellphones — that shows so-called smartphones can make students smarter.

Some critics already are denouncing the effort as a blatantly self-serving maneuver to break into the big educational market. But proponents of selling cellphones to schools counter that they are simply making the same kind of pitch that the computer industry has been profitably making to educators since the 1980s.

The only difference now between smartphones and laptops, they say, is that cellphones are smaller, cheaper and more coveted by students.

“This is a device kids have, it’s a device they are familiar with and want to take advantage of,” said Shawn Gross, director of Digital Millennial Consulting, which received a $1 million grant from Qualcomm to conduct the research.

His group is also talking to school districts in Chicago, San Diego and Florida about buying specially equipped phones for the classroom. It projects that wireless companies could sell 10 million to 15 million phones as a result of this effort in the next few years.

On Tuesday, Digital Millennial will release findings from its study of four North Carolina schools in low-income neighborhoods, where ninth- and 10th-grade math students were given high-end cellphones running Microsoft’s Windows Mobile software and special programs meant to help them with their algebra studies.

The students used the phones for a variety of tasks, including recording themselves solving problems and posting the videos to a private social networking site, where classmates could watch. The study found that students with the phones performed 25 percent better on the end-of-the-year algebra exam than did students without the devices in similar classes.

The students also were allowed 900 minutes of talk time and 300 text messages a month to use outside of class. Teachers monitored the messages and reprimanded students if any of the activity violated the school’s standards.

Critics point out that access to such communications usually detracts from the overall time students spent thinking about studies. That is why at least 10 states, and many other school districts, have outright bans on cellphones on school premises.

“Texting, ringing, vibrating,” said Janet Bass, a spokeswoman for the American Federation of Teachers, the nation’s second largest teachers’ union. “Cellphones so far haven’t been an educational tool. They’ve been a distraction.” Ms. Bass says it is “almost laughable that the cellphone industry is pushing a study showing that cellphones will make kids smarter,” particularly during a recession that is crushing the budgets of many school districts.

For the industry, however, there is a lot of money at stake. Schools now spend hundreds of millions of dollars on computers to provide an average of one computer for every three students, at a cost of $1,000 a year for each machine.

Bill Rust, an education and technology analyst at the Gartner Group, a research firm, said smartphones could help in some aspects of education. But he said that computers and their larger screens offer a range of teaching opportunities, in addition to helping students to write papers and do research online.

“I’d like to see if they can improve writing skills with a cellphone,” he said.

There have been previous attempts to bring cellphones into schools. Last year, 2,500 New York City public school students got an exemption from the city’s overall ban on cellphones and received a free Samsung flip-phone. They could earn prepaid minutes for good behavior and high test scores, and teachers could send them text messages, reminding them of deadlines. The project was later abandoned for lack of money.

This latest attempt to get cellphones into schools might quell some of the old concerns while raising new ones. Suzette Kliewer, the teacher who administered the Digital Millennial program at Southwest High School in Jacksonville, N.C., said the phones excited her students and made them collaborate and focus on their studies, even outside of school hours. “They took average-level kids and made them into honors-level kids,” she said.

But Ms. Kliewer also said that she spent much of her own time at night, and during weekends and holidays, monitoring the students’ phone use and occasionally disconnecting phones remotely when students broke the rules.

“You have to be willing to put in the time and be very patient with the technology,” she said.