Lawyers failing to become multi-literate. Specifically, they lack the visual literacy needed to interpret much of today's communication. 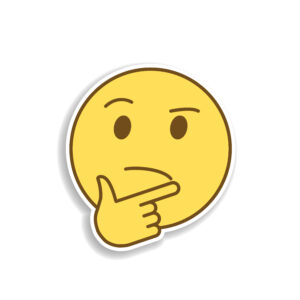 Generally speaking, lawyers are considered to be highly literate individuals. Not only do they use superfluous English words, they also have the tendency to throw in some Latin as well. Their egregious tendency to forego the vernacular should henceforth be construed as a tort — ad infinitum.

See what I mean?

The purpose of this article, however, is not to address the crime known as legalese. It is to address the common mistake of lawyers failing to become multi-literate. Specifically, they lack visual literacy.

Visual literacy refers to the ability to understand the language of visual formats like images. This involves factors such as perception, communication, connotation, and thinking behind and around the images.

Lawyers should be able to derive intention and meaning. With communication channels becoming increasingly centered around media, it is the responsibility of lawyers to understand them. They should know how much legal weight they hold and what cultural meanings are assigned to different symbols.

Can a GIF, sticker, or emoji be taken as a serious threat? An acceptance of a contract? A joke? Should memes be considered hate speech if they target a certain person or group? Who is held responsible in the event of offensive media being shared? Is it the original creator of the image or the person who shared it? What about the people in the group who never said anything? Are they held liable as accomplices?

These are but a few of the hundreds — if not thousands — of questions that revolve around visuals. A lawyer needs to understand the ambiguities involved and should even be aware of what groups of people may or may not be familiar with their ambiguous natures. All of that will be pivotal in future legal cases and even when giving legal advice today. 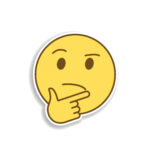 Lawyers failing to become multi-literate. Specifically, they lack the visual literacy needed to interpret much of today's communication.
From OLGA V. MACK

Even now, the number of cases involving arguments over the meanings of images and emojis has drastically increased. The widespread rise in the use of media is not going to decline any time soon, or ever, for that matter. Just look at Instagram, Snapchat, and TikTok. That’s how people communicate now.

Semantics may need to play the second fiddle to visual literacy at some point. In many cases, the law will become more and more about the interpretation of images, rather than the syntactic formulations of text. It won’t replace such formulations, but, as the media train gains momentum, more people are going to hop on.

The direction of society is directly related to the direction of law; as such, it should be heeded. Lawyers should be proactive about this, lest they fall behind and render themselves out of date in a profession that is always moving forward.

Olga V. Mack is the CEO of Parley Pro, a next-generation contract management company that has pioneered online negotiation technology. Olga embraces legal innovation and had dedicated her career to improving and shaping the future of law. She is convinced that the legal profession will emerge even stronger, more resilient, and more inclusive than before by embracing technology. Olga is also an award-winning general counsel, operations professional, startup advisor, public speaker, adjunct professor, and entrepreneur. She founded the Women Serve on Boards movement that advocates for women to participate on corporate boards of Fortune 500 companies. She authored Get on Board: Earning Your Ticket to a Corporate Board Seat and Fundamentals of Smart Contract Security. You can follow Olga on Twitter @olgavmack.